Dr. Kim Eagle is co-founder of Project My Heart Your Heart. He is the Albion Walter Hewlett Professor of Internal Medicine and Director of the Cardiovascular Center at the University of Michigan Health System. He graduated from Oregon State University in 1976 and from Tufts University Medical School in 1979. He completed his residency and chief residency in Internal Medicine at Yale-New Haven Hospital from 1979 to 1983, followed by research and clinical fellowships in cardiology and health services research at Harvard Medical School and The Massachusetts General Hospital from 1983 through 1986. From 1986 to 1994, Dr. Eagle served The Massachusetts General Hospital where he was promoted to Associate Director of Clinical Cardiology and Associate Professor of Medicine at Harvard.

Since his recruitment to the University of Michigan, he has overseen a vigorous outcomes research program focusing on quality, cost-effectiveness, use of practice guidelines in cardiovascular care, evaluation and management of acute coronary syndromes, the evaluation and management of aortic diseases, the fight against childhood obesity, heart disease in special populations and reuse of pacemakers in third world nations. His outcomes research team has led quality improvement initiatives across the state of Michigan in acute MI, heart failure and coronary angioplasty. Dr. Eagle has contributed extramural presentations to nearly 83,000 learners in 30 U.S. states and eight countries. He has published more than 370 peer-reviewed articles, 49 chapters, and edited seven books including his latest, The Heart of a Champion, co-written with legendary Michigan football coach, Bo Schembechler. He maintains an active inpatient and outpatient practice and was a member of the team that created the University of Michigan Cardiovascular Center. He has an interest in improving access to electrophysiological healthcare to third-world nations philanthropically. His other research interests include advancement of ablation strategies for atrial fibrillation, premature ventricular contractions and ventricular tachycardia. He has published more than 20 peer-reviewed articles, edited seven book chapters as well as a cardiovascular manual - Inpatient Cardiovascular Medicine- which has a focus on medical education for primary care physicians. Finally, he is currently the assistant program director for the cardiology fellowship at University of Illinois College of Medicine in Peoria IL. 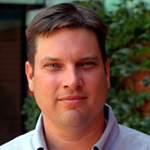 Kevin Weatherwax has 20+ years of experience in developing regulatory pathways for pharmaceuticals and medical devices and is a recognized and published regulatory expert.

Kevin's role at the University of Michigan Health System (UMHS) has been instrumental in the development of institutional policy and processes as it relates to US Food and Drug Administration (FDA) regulated research at the University of Michigan and beyond. As a founding member of Project My Heart Your Heart, Kevin has been pivotal in the process of obtaining FDA approval for Export Permits to make pacemaker re-use a reality. 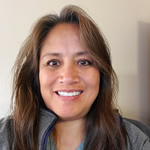 Patricia Sovitch has been a nurse at the University of Michigan for 32 years. She currently works in the Cardiac Procedures Unit at the Frankel Cardiovascular Center, as a nurse practitioner in electrophysiology. She also has an outpatient Arrhythmia/Device Clinic in Michigan Medicine's Brighton Center for Specialty Care. She provides outpatient follow-up for pacemaker and defibrillator recipients.

Pat received her undergraduate nursing degree in 1987, and her master's degree in Nursing/Family Nurse Practitioner in 2010, both from Michigan State University. She has a great interest in providing health care to underserved populations. She has served on medical missions in Nicaragua and Kenya, providing medical care to thousands of patients. 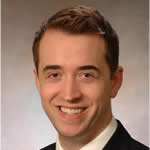 Dr. Andrew Hughey is a resident physician in internal medicine at the University of Michigan. He majored in engineering at Dartmouth College and earned his M.D. from the University of Chicago Pritzker School of Medicine in 2012. He has co-authored several articles about pacemaker reuse, including a review article, an article reporting on electrophysiologists' views regarding pacemaker reuse, and an article about the role pacemaker reuse in the promotion of cardiovascular health worldwide. As part of his work with My Heart Your Heart he has traveled to Ecuador to conduct survey research regarding patients' and family members’ attitudes toward device reuse.

At the University of Michigan he has also been involved in outcomes research utilizing the Michigan Anticoagulation Quality Improvement Initiative (MAQI2) registry as well as the Cardiac Sarcoidosis Consortium. He plans to sub-specialize in cardiology and pursue academic interests in outcomes research and global health.

Noah Klugman is a collaborator with Project My Heart Your Heart. He is a Research Associate at the University of Michigan, where he received a Bachelor of Science in Computer Engineering in 2013. He is fascinated by the potential for technology to alleviate suffering around the world. Currently, he researches impactful wireless sensor networks and embedded systems under the guidance of Dr. Prabal Dutta.

Noah has worked on projects ranging from developing new technologies to support smoking cessation programs to testing the flight software on NASA’s Mars Science Laboratory mission. While completing his undergraduate degree, Noah was a member of an interdisciplinary team where he helped design a prenatal stethoscope requested by doctors in Ghana. In addition, he is a co-founder of pedMed, a company that gamifies pediatric home medical monitoring. 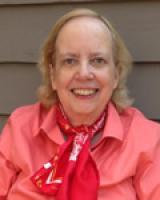 Adjunct Professor of Mathematical Geography and Population-Environment Dynamics, School for Environment and Sustainability (SEAS), Arlinghaus' scholarly interests center on finding real-world applications for pure mathematics. Often, these theoretical projects have, as one component, a community service aspect: from the local to the international. In recent years, she has found Google 3D SketchUP and Google Earth to be exciting ways to confront theory with practice!

Dr. Arlinghaus has been influential in enhancing the growth of Project My Heart Your Heart. She has produced over 1,000 business cards for the project and they have been distributed throughout the state of Mississippi. She has formed a small group in Meridian, MS that looks to establish a foothold for the project. 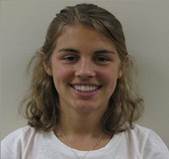 Lindsey graduated from Monroe High School in 2008 and went to University of Michigan Medical School. She has enjoyed volunteering on mission trips to Haiti and Alaska as well as working with Project My Heart Your Heart here at MCORRP. Lindsey is very thankful for the opportunities and experiences she has had as an intern at MCORRP as well as all of the wonderful people she has met.

In addition to performing logistical work for Project My Heart Your Heart this summer, Lindsey wrote a paper on the views of morticians, patients with a cardiac device, and the general population regarding device reutilization. The support of these groups is a crucial component of a device reutilization program. Ninety morticians, one hundred patients, and 1009 general patients at University of Michigan Health System clinics were surveyed. At the time of the survey, over 84% of devices explanted by morticians were either stored in funeral homes or discarded as medical waste. A high percentage of morticians (89%), patients (87%), and the general population (71%) expressed a desire to donate to patients with financial need in underdeveloped countries if provided the opportunity. Given these data, Project My Heart Your Heart believes that their program will receive much support and potentially save millions of lives.

Dr. Romero was a found member of Project My Heart and assisted the project in establishing a foothold in the Philippines.

Josh was a founding member of Project My Heart Your Heart and assisted the project since its inception.

With its headquarters in Detroit, World Medical Relief was established in 1953 to address the needs of Korean War orphans. Over the years, the organization has expanded its mission to impact the well-being of the medically impoverished on a local, national and international basis and provided medical aid to thousands of under served people in the Detroit metropolitan area and in over 130 developing nations worldwide. WMR achieves this through the collection of financial donations and goods, including medical, dental and laboratory items, as well as through the purchase and distribution of such commodities. Goods are distributed in a non-discriminatory manner without regard to race, color, gender, religion, nationality or political beliefs. 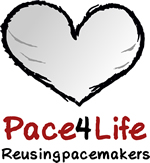 Headquartered in London, United Kingdom and registered in England and Wales (Company Number 8463468 / Charity Number 1156045). Pace4Life is a not for profit that was established in 2012 to reuse pacemakers in the developing world.

Since inception, the organisation has expanded its mission to include Brand New and Out of Shelf Life devices (Pacemakers and ICD's) across developing nations worldwide. Pace4Life achieves this through the collection of financial donations and goods, including medical, laboratory items, as well as through the purchase and distribution of commodities. These goods distributed in a non-discriminatory manner, working in conjunction with other charitable organisations, hospitals and governments worldwide.